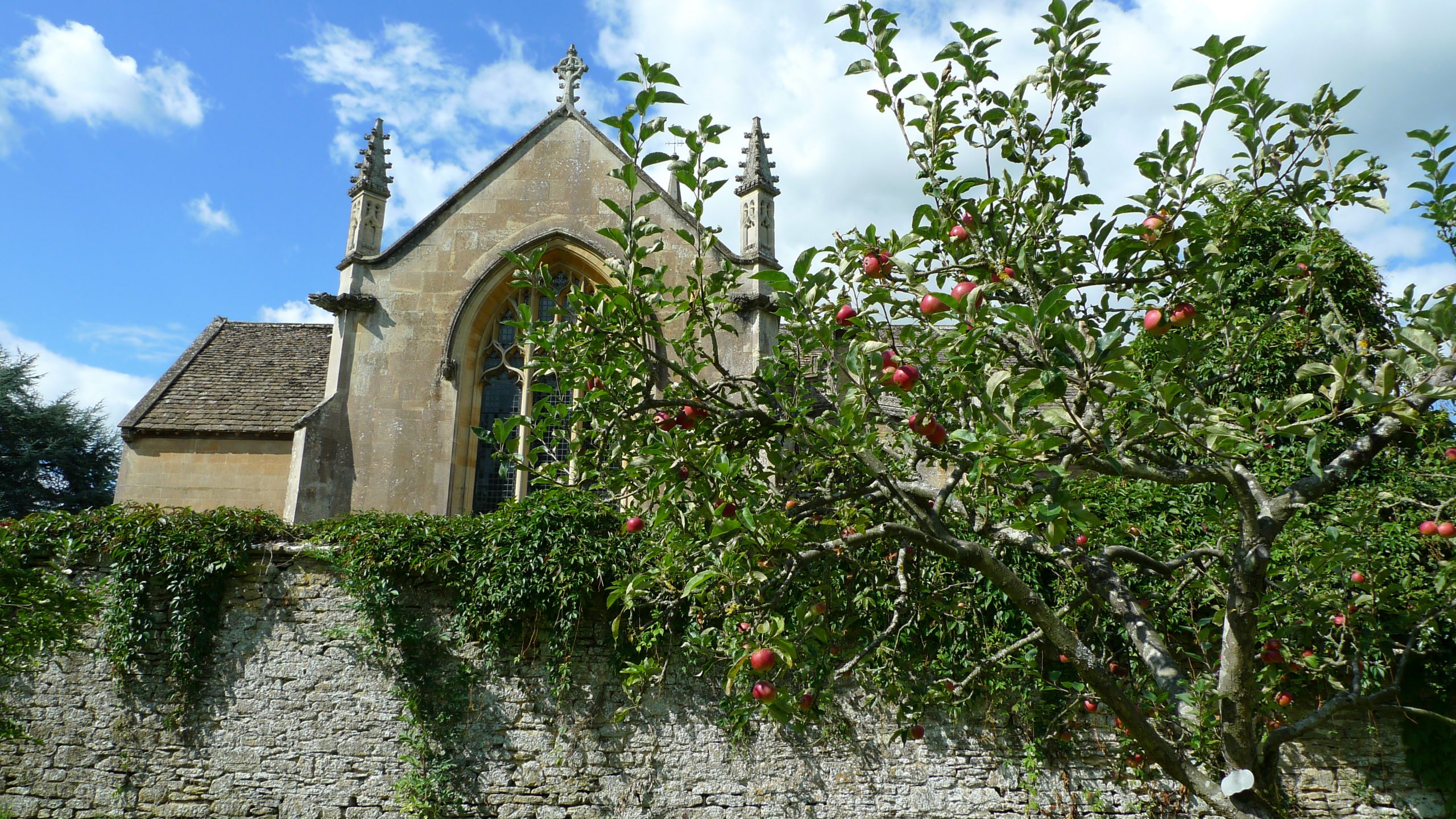 Last week I went to Nick Edwards’ cider mill in Kintbury to learn how he makes his CiderNiks unpasteurized apple cider vinegar. His mill’s garden is full of large black plastic bags filled to the top with fresh eating and baking apples which he collects from orchards, farms, and stately homes near Newbury. His mill is a large shed with machinery that washes, chops, and squeezes the juice from the apples.

He has to physically empty each huge bag of apples into the front of the machine and halfway through the process he wraps the chopped apples by hand, using wooden pallets and canvas sheets, building up nine three-inch layers before swinging the mountain of apples under a huge press.

In the olden days the juice would have been extracted by hitching a strong horse to a large stone weight and having the horse pull a wooden mechanism until the juice was squeezed out.

The fresh juice tastes glorious and unlike any apple juice you’ve bought at the store. Once it’s all squeezed, the juice is pumped into a container and left to ferment.

The apple skin and fiber left behind is bagged up and passed on to farms because it makes great animal feed, especially for deer and pigs.

Nothing is added to the apple juice, which ferments naturally using the apples’ own bacteria and yeast, ultimately converting the juice into hard apple cider. No sulphites, no added sugar, no chemical sweeteners, no additives.

The first fermentation takes up to six months. At that point, Nick tastes the cider, which is quite dry. If it is tasty and interesting, he bottles the drink and sells it, sometimes making a batch for charities close to his heart.

If he is making apple cider vinegar, he leaves the apple cider to ferment again for eighteen months. This double fermentation naturally changes the alcohol and the rest of the sugar into acetic acid, or the more appetizingly named ‘Unpasturized Apple Cider Vinegar’. His vinegar is raw and unfiltered with a bit of the stringy jelly, called “mother” floating near the bottom of the bottle. I use a tea strainer when pouring the vinegar although I don’t think the mother can harm you.