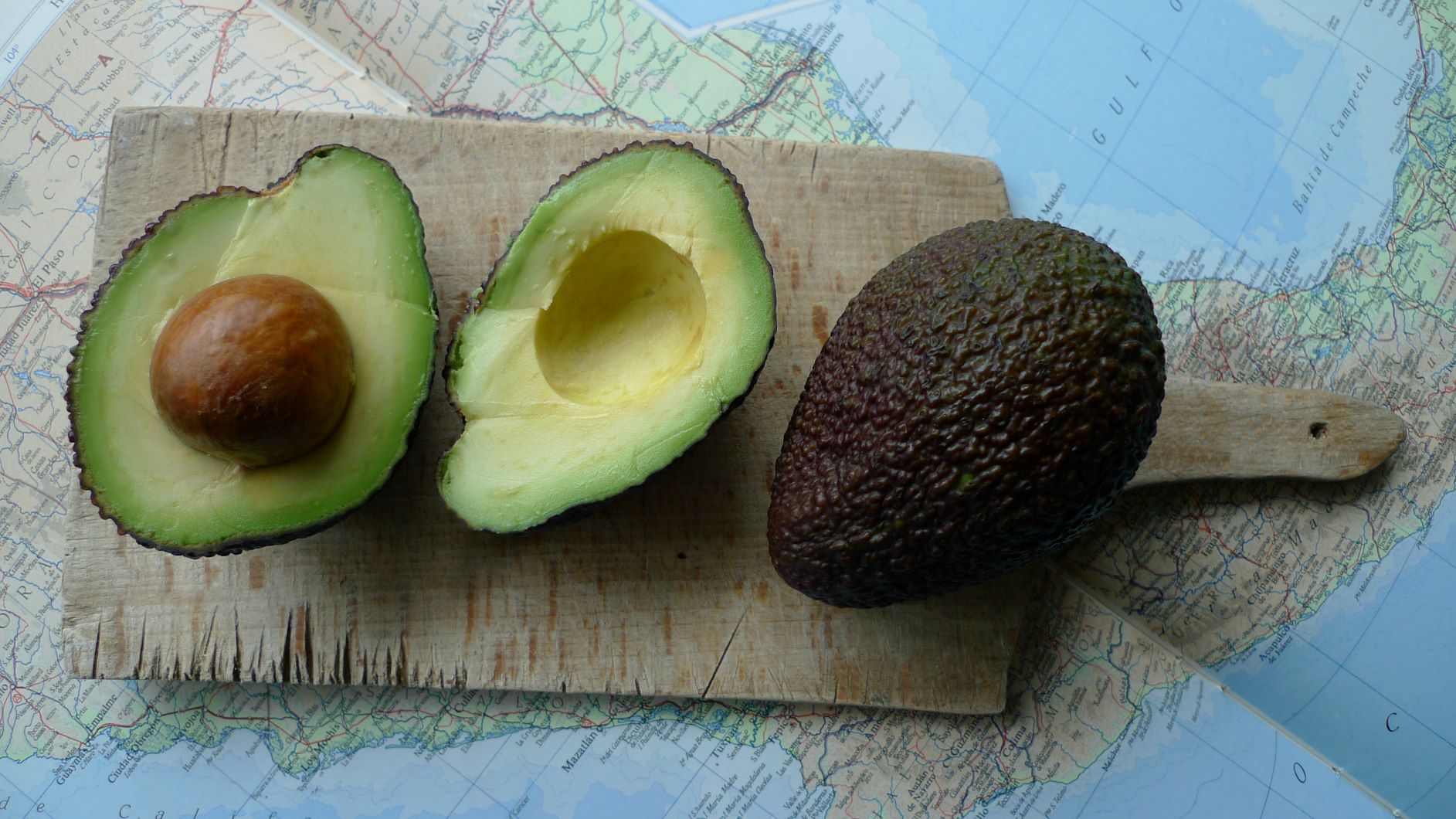 A Very Short History of the Avocado and a recipe

Avocados are an ancient fruit, native to Mexico. Botanically, the fruit is a berry. Archeologists have discovered ten-thousand-year-old avocado seeds in caves in Mexico and believe they were cultivated from 3,000 BC.

Sir John Sloane was writing about the plants of Jamaica in 1696 and he was the first to give the fruit its modern name of avocado which grew on what he called an alligator pear tree. The Spanish first wrote about avocados in the 1500s, using the natives’ word, which translates as something rather rude, reflecting its use as an aphrodisiac. George Washington ate avocados when he visited the West Indies and Barbados and he wrote about their popularity.

Although they were first planted as a commercial crop in Florida in 1833, they were not cultivated seriously until about 1900. They did not gain any kind of popularity until the 1950s and were considered exotic and foreign as recently as the 1970s.

Now they are grown as a commercial crop worldwide. Hass is the most popular variety; a Mexican-Guatemalan hybrid.

Avocados are an outstanding source of nutrition and the least likely to be contaminated of all the non organic fruit for sale. You often see them referred to as a “Super Fruit”. They are high in protein, fiber, good fats, vitamins and minerals.

My favorite way to eat an avocado is to mix a whole avocado with a big chunk of cucumber including seeds and skin,  a tablespoon of these four ingredients; MCT oil, extra virgin olive oil, unpasteurized apple cider and Dijon mustard, blend them all up with a hand blender, then eat really slowly with celery and salt as needed.